Recap: How Metro Paving Inc. and the Vikings Teamed up in 2019 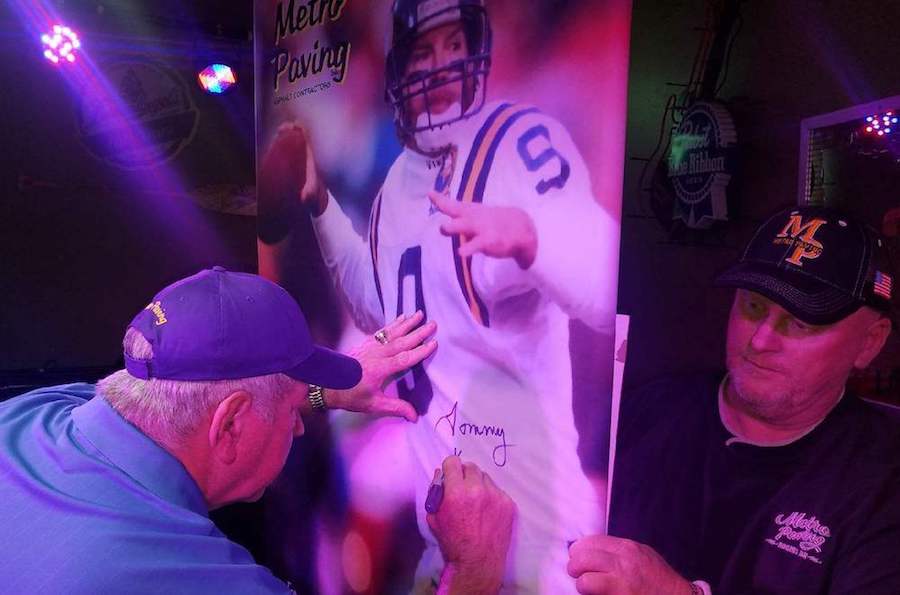 As a local Minnesota company, Metro Paving Inc. enjoys supporting the community in many different ways. This year, we teamed up with former Vikings players for various events and sponsorship opportunities, which gave back to important causes. Here’s a recap of all the ways Metro + Vikings teamed up this year:

In April, May, and June, Metro Paving Inc. sponsored our friend and former Vikings quarterback, Tommy Kramer, on his visit back to the Twin Cities. He held a series of meet and greets and other events to benefit the Midwest Premier Football League’s free youth football camps. Kramer also did some volunteer coaching at the camp.

In September, the Randall McDaniel Charity Golf Classic took place to benefit Open Arms Home for Children. Metro Paving Inc. was a proud sponsor of the event, which was started by former Vikings player Randall McDaniel.

Throughout the year, we also picked up new Metro Paving Inc. employees: 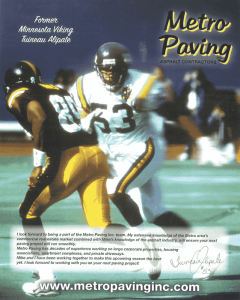 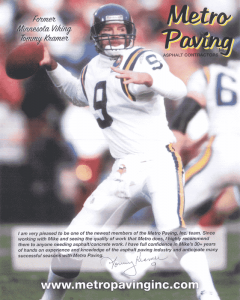 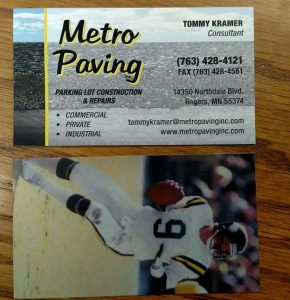 We are proud to support our Vikings friends in many of their philanthropic efforts that benefit the community. Since 1988, Metro Paving has been the Twin Cities expert for paving and a trusted contractor for parking lots, commercial drives, and residential driveways. Give us a call to see if we’re the right fit for your paving job.